Opera Limited, a browser provider headquartered in Oslo, announced that it has hired PayPal veteran Allen Hu as the new Executive Vice President (EVP) of Dify, which is the browser’s fintech arm.

An expert in financial technology and payments, Allen Hu will lead the Dify business. He brings a wealth of experience from nearly ten years at PayPal, where he was Regional Head of Global Core Payments, based in California.

Hu gained expertise in fintech as a Venture Partner in Sequoia Capital China, where he focused on investments in the fintech sector. Prior to that, he was the General Manager of Baidu Pay, the COO of the Fortune 500 company Ping An FinTech, and the Deputy General Manager of TenPay, a Tencent company, where he launched WeChat Pay.

WeChat Pay was reported to have 1 billion daily transactions in 2019. Hu has an engineering background, and holds a MS degree in Computer Science from University of Iowa and an Executive MBA from CKGSB.

Hu’s appointment follows the recent launch of Dify for its European users in February 2021. Dify’s first offering is an in-browser cashback service for online shopping as well as a Dify Wallet app, which provides Opera’s large user base with access to a personal account and a virtual Mastercard debit card. 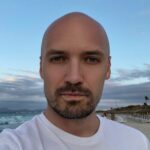 “Appointing such a senior figure from the fintech and payments industry speaks to our commitment to the vertical, and to the investment and growth potential we see for Dify.

Allen’s expertise will be invaluable in helping us drive the fintech division and achieve our ambition to continue to bring new services to market under the Dify brand.” 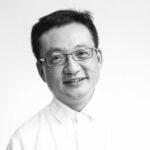 “Opera’s approach to initially offer its 50 million monthly active users in Europe an online in-browser cashback service as well as the Dify wallet app marks the start of many innovative financial services Dify will offer.

Just as PayPal captured the fintech world initially with its online payment solutions, I see huge potential for Opera to similarly disrupt financial services and become a key fintech player through Dify.”