Danish personal financial management (PFM) app Spiir announced that it has launched a beta version of its app in the Baltics ahead of their recent expansion into Estonia, Latvia and Lithuania.

The team behind the app has made a special beta flow within the app to improve the user experience and gather feedback for future adjustments.

Spiir said that it already has more than 400,000 users across the Nordics.

With the help of open banking, the Spiir app can connect to users’ bank accounts and deliver a complete financial overview, even if they have different accounts in different banks.

The Spiir app is available for Android and iPhone for free. 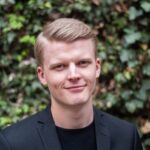 “We’re excited to announce that we’ve launched a beta of our app in the Baltics. It’s no secret that this region for many years has been widely regarded as one of the most advanced areas in Europe when it comes to technology and innovation.

And we believe it’s the perfect place for our app and our goal to help people with their finances with our app,”