In Europe, the Nordic countries of Sweden, Denmark and Norway have the most advanced open banking ecosystems. Trailblazing regional regulatory regimes, highly developed digital infrastructures, and a pan-Nordic collaborative approach have enabled these countries to take the lead over the rest of Europe, a new research by Mastercard found.

The report, titled Open Banking Readiness Index: The Future of Open Banking in Europe, explores the status of open banking in ten selected European markets, and found that across Europe, Sweden, Denmark and Norway are at the forefront of the open banking movement.

To date, they are the only countries in Europe where established digital ID authentication and know-your-customer (KYC) services at a pan-Nordic level are part of the open banking strategy. Not only that, but the Nordic region is also leading in digital payment services with notably the P27 initiative, which seeks to develop a real-time, cross-border payment infrastructure. 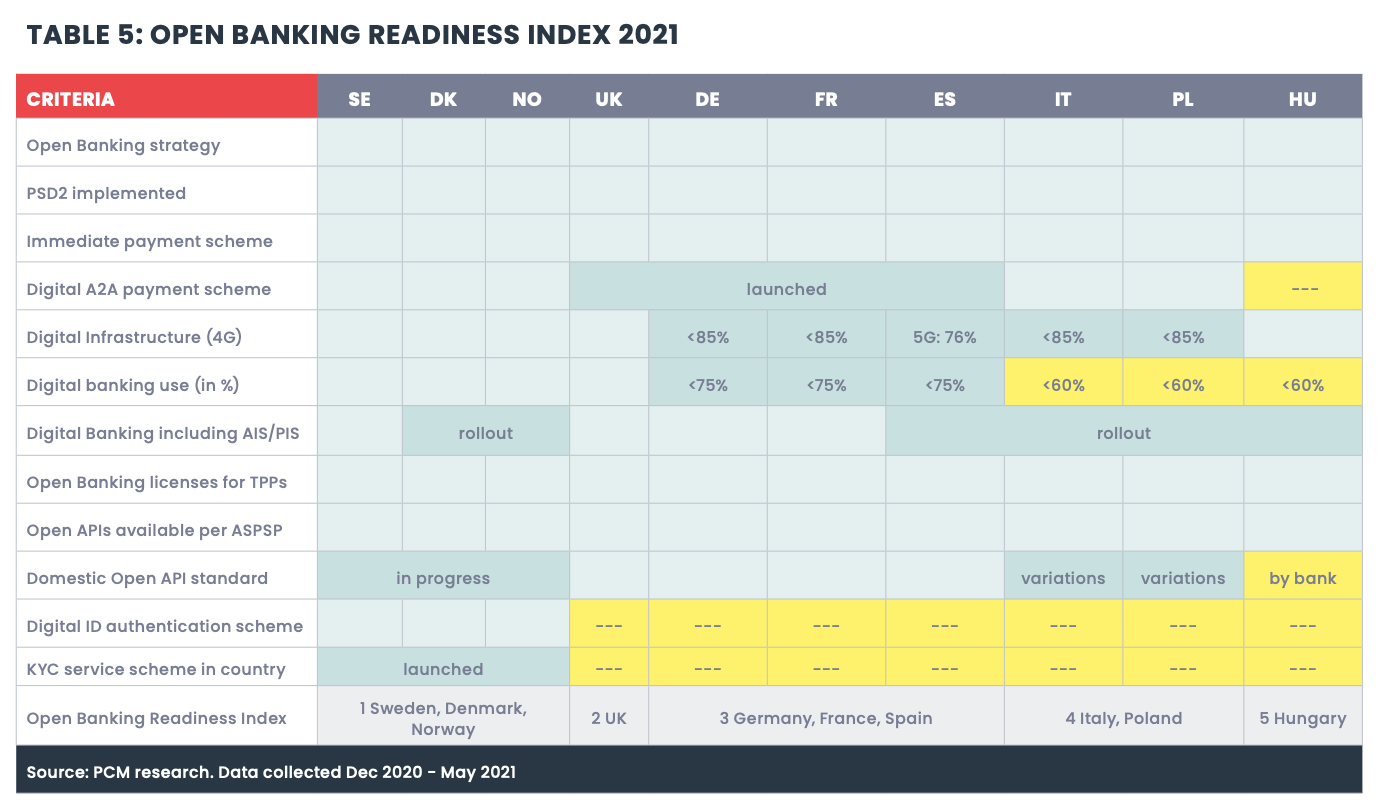 In February 2018, a group of major Swedish, Danish and Finnish banks teamed up to explore the possibility of creating a pan-Nordic, real-time, cross-border payment infrastructure.

The P27 project – called so for the 27 million people residing in Sweden, Norway, Denmark, and Finland – aims to create a digital platform for businesses and consumers to make real-time, cross-border payments to one another, supporting immediate payment clearing and account settlement, regardless of currency.

P27’s mission is to make payments more efficient and bring further harmonization to the European payments landscape. It also represents an effort to raise the technology competence of participating banks against the wave of global tech giants entering the financial services space.

P27 is expected to launch later this year.

Another pan-Nordic collaborative effort that has put the region at the forefront of open banking is Invidem, a KYC infrastructure.

Invidem, which is slated to launch commercially later this year, will provide a common Nordic platform based on advanced data management technologies to enhance the collection and management of bank customer information.

Although the primary goal is to enhance data competence and support basic functions of KYC work, Invidem also aims to help the Nordic countries stay ahead of global technology giants, just like the P27 project.

Invidem is owned by the founding banks, but it will also be offering its services to third parties.

Not only does the Nordic region have one of Europe’s most modern and advanced open banking and digital payments ecosystems, the region is also leading in consumer readiness and digital adoption.

After the Nordics, the Mastercard report names the UK for having the second most developed open banking ecosystem, recognizing the country for its burgeoning tech landscape comprising some 294 fintech companies and payment service providers, among which 102 live offerings.

Overall, the report says that open banking implementation in Europe has gained significant momentum with some 450 open banking licenses for third-party providers (TPPs) registered across the region as of December 31, 2020, up 10% since the end of October 2020.

But significant differences between European countries exist, not only in terms of digital adoption, but also in the way they approach open banking.

For example, Germany has opted for a collaborative approach towards open banking development which has been articulated around interbank-collaboration between various tiers of savings, cooperative, and commercial banks.

Meanwhile, in Hungary, open banking has largely been dominated by foreign banks, all of which with their own approach. Hungary is currently the only country of the lot that doesn’t have a domestic open banking API standard, nor has it opted for an aggregator-supported open banking API model. 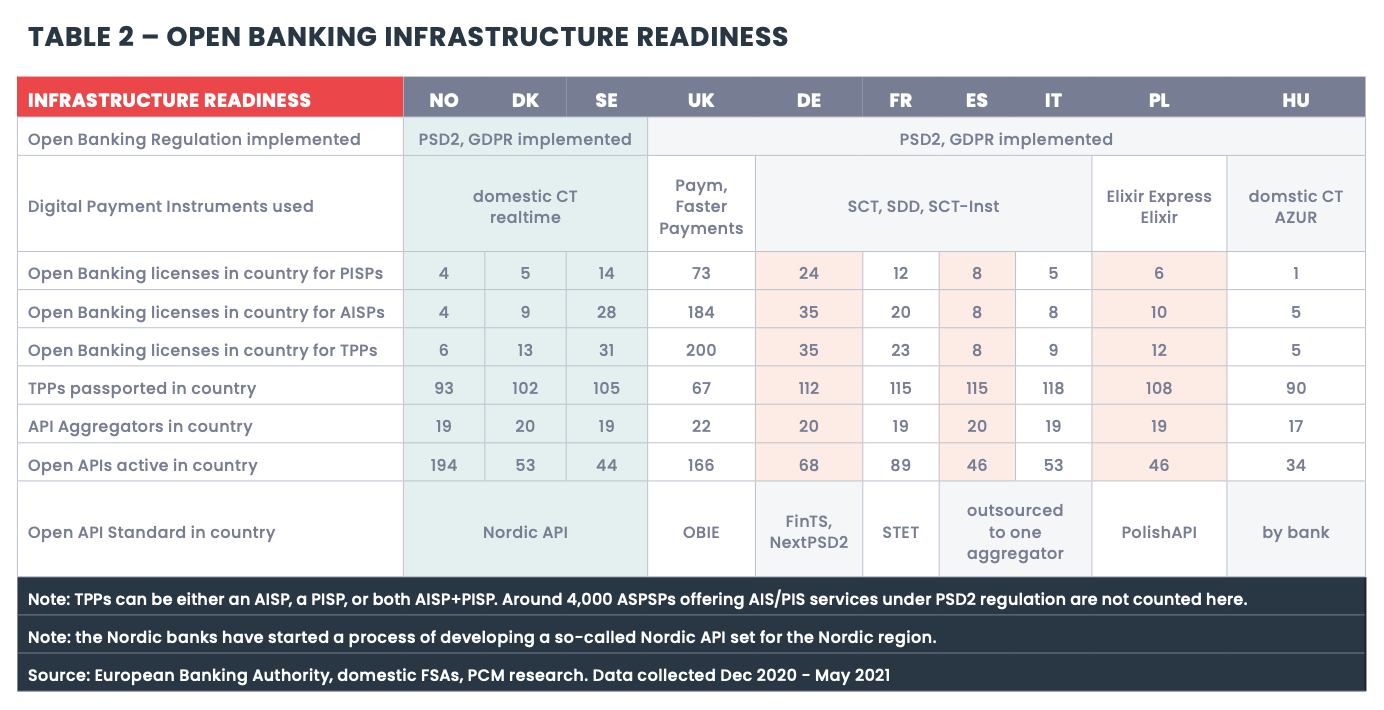 F10 Launches Climate Fintech-Focused Incubator in the Nordics and Baltics

Intergiro.3d: Banking as a Service Platform Launches in Finland