Nordic neo insurer Hedvig announces that it closed a US$45 million Series B funding round led by Anthemis following its recent launch into Denmark.

Matthew Jones, Managing Director at Anthemis will also be joining the Hedvig Board of Directors.

With this new round of funding, Hedvig is accelerating its European expansion agenda and plans to launch in its fourth market in the coming months outside of the Nordics.

Prior to the series B round, Hedvig raised a total of US$23 million and secured partnerships with reinsurers SCOR and Hannover Re. 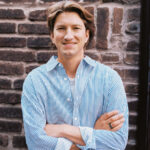 “Anthemis’ deep understanding and experience of both financial technology and insurance make them the perfect ally as we scale this proposition across Europe.”

Swedish Fintech Juni Extends Series A With Additional US$52 Million