Minna Technologies, a Sweden-based subscription management tool for retail banks, announced that it is launching a London-based hub.

This move comes on the heels of a recent partnership with London-based open banking platform Bud.

As part of the commitment to the market, Minna is also announcing strategic hires including the appointment of Mike Davies as Chief Commercial Officer, the appointment of Steve Hoy as Head of Strategic Partnerships and the transfer of Minna’s Chief Financial Officer Navpreet Randhawa, from Sweden to London.

Mike has been working in the payment industry for the majority of the last 20 years with senior roles at GoCardless, PayPal, VeriSign and Visa.

Steve joins Minna from Thought Machine where he was Director of Partnerships, having spent over a decade at RBS running Banking Partnerships.

Meanwhile, Navpreet, who joined the firm in 2018 and led Minna through their Series A and B, formerly worked with Invest India following his own entrepreneurial venture and a career in banking.

Founded in 2016 in Sweden, Minna counts major European retail banks as clients, including Lloyds Banking Group in the UK.

In January 2021, Minna raised US$18.8 million for its Series B, with UK-based investors Element Ventures and Visa on their cap table. 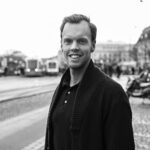 “The UK is a strong launchpad not just into European markets but it also acts as a bridge to our key expansion markets of the United States and Australia.

The talent pool remains unparalleled, the digital ecosystem strong, and the institutional financial knowledge exceptional. We also recognise the value of the investment community.”

The Biggest Fintech Funding Rounds of 2021 in the Nordics