The Biggest Fintech Funding Rounds of 2021 in the Nordics

Out of the ten biggest funding rounds announced this year, Sweden leads the chart with seven deals, followed by Denmark with two and Finland with one.

Sweden’s buy now, pay later (BNPL) giant Klarna closed the two largest rounds but neobanking was the most represented fintech segment with big sums going towards the likes of Lunar and Northmill Bank. Other categories were also represented as well including financial management and insurtech.

Sweden’s BNPL leader Klarna raised US$1 billion in an equity funding round in March to accelerate international expansion. The investment came on the back of strong volume and revenue growth in 2020, which rose 46% and 40% year-on-year (YoY) to more than US$53 billion and US$1 billion, respectively.

Klarna’s US$1 billion round was followed just a few months after by a US$639 million round in June. The round made it the highest-valued private fintech in Europe and the second highest worldwide at US$45.6 billion, according to CB Insights data. Klarna is live in 17 markets, counting over 90 million global active users and more than 250,000 global retail partners. It processes 2 million transactions a day.

Danish challenger bank Lunar raised a EUR 210 million (US$249 million) Series D equity funding in July in what the company claims was the biggest of its kind from a Nordic challenger bank. The new investment came on the back of rapid acceleration in growth from both private and business customers. In 2020, Lunar’s total customer base grew by more than 90%. It now serves 325,000 customers across the Nordic region.

Smart business spending solution Pleo raised US$150 million in funding in July in what it claims was the largest Series C for any Denmark-headquartered company ever. The deal brought its valuation to US$1.7 billion. Danish Pleo provides an all-in-one business spending platform that simplifies the expense process, serving around 17,000 small and medium-sized enterprises (SMEs). 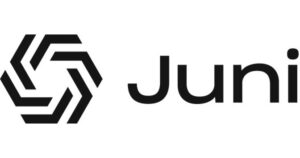 Juni, a Swedish banking platform for e-commerce and online marketing companies, secured a US$73 million Series A funding round in October. The company said it will use the funds to triple its employee headcount. Juni also plans to launch a fully integrated credit line product for its users, starting with an initial roll-out in the UK where customers will soon be able to access short-term credit.

Anyfin, a Swedish startup that enables consumers to refinance their existing loans, secured US$52 million in investment in October to fuel the growth of its business across Europe and set up a new Berlin office. Anyfin provides a loan refinancing platform designed to improve the terms and rates of existing loans. The platform leverages publicly available consumer data, artificial intelligence (AI) tools and mobile technology. Since its launch, Anyfin says it has helped customers save US$30 million.

Finnish card-as-a-service platform Enfuce closed a EUR 45 million (US$51 million) Series C investment round earlier this month to further accelerate growth internationally as well as development of its technology platform. Enfuce says it has doubled client numbers over the past year with notable customers including Pleo, Qred and Rabobank. It recently expanded its geographic presence in Germany and France and now has over 13 million active card users.

Billogram, a Swedish provider of a platform for third parties to build and handle any kind of recurring payments, closed a US$45 million round in September. The round came on the back of strong growth. In 2020, Billogram increased the number of signed customer agreements by 300% and broke all previous sales records. The company said it will use the funds to expand to six new markets and double its workforce.

Swedish insurtech startup Hedvig raised US$45 million in a Series B funding round in September. Hedvig, a licensed full stack insurance carrier, insures 70,000 people across three markets. It provides home, travel, contents and clumsiness insurance. Last year, the company grew its gross written premium by 200%. With the proceeds, Hedvig says it will accelerate its European expansion agenda outside of the Nordics.