Swedish payments company Zimpler announced plans to expand to Latin America and that it has established its regional headquarters in Sao Paulo, Brazil’s financial center.

A recent study conducted by Zimpler showed that nearly half of all online consumers in Brazil have given up on an online purchase due to issues with e-commerce payment processes.

This is a gap that Zimpler hopes to fill in Brazil with its account-to-account payments solution that is developed based on the Central Bank of Brazil’s PIX technology.

The amalgamation of PIX and Zimpler’s solutions will streamline the transaction chain and enable instant settlement for retailers, thus reducing the reliance on cards and associated transaction fees.

Founded in 2012, Zimpler has offices in Sweden and Malta, and operates in eight European countries including Norway which it expanded to earlier this year. 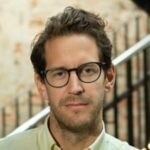 “Zimpler’s ambition is to shape open banking in Latin America, and I am glad to finally be able to announce that we’re taking the first step towards that by establishing our LATAM headquarters in São Paulo,” 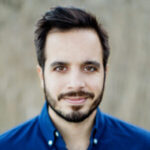 “The pace of e-commerce adoption has been rapid in Latin America, particularly in Brazil, thanks to the Brazilian central bank’s digital PIX initiative.

We’re looking forward to collaborating with local merchants and industry players as we continue to grow, helping them solve payments-related issues,”